Ingredients for the short crust pastry:

For those food lovers who are watching their waistlines, you can still treat yourselves with a lighter version without pastry! For the light version, begin the recipe at step 3.

1 spoon of rum or Armagnac

2. Whisk the cream and milk together. Add to the mixture.

3. Pour in a spoonful of prune kernel oil and one of rum or Armagnac.

4. Pour the mixture into a greased baking tin and place the cherries on top.

Cook using whole cherries to keep their full flavour and aroma.  If your clafoutis is to be eaten by small children, you can always stone the cherries before or after cooking!

Ingredients for the biscuit base:

Ingredients for the clementine mousse:

Ingredients for the chocolate mousse:

To decorate, draw arabesques on the top of the mousse: it will harden quickly in the fridge and create an attractive effect for your dessert.

For a more modern presentation, serve in individual glass or ramekin dishes. 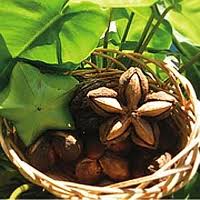 This oil is produced from Plukenetia seeds, which are cultivated in the Amazonian region of Peru using traditional and organic agricultural methods. Known and valued by the cosmetics industry for several years, it is currently the richest vegetable source of omega 3 available on the food market.

Its richness of flavour and nutritional qualities also make it a first-choice product for amateur chefs and professional caterers: restaurateurs, chefs, bakers…

Marketed and sold exclusively by Perles de Gascogne in France and in Europe since March 2013, this product completes the range of first cold press virgin oils produced and distributed by the company: virgin hazelnut oil, virgin walnut oil and the flagship product, virgin prune kernel oil. 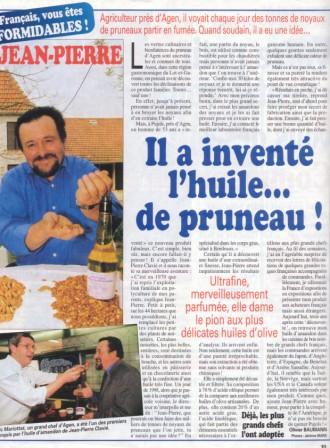 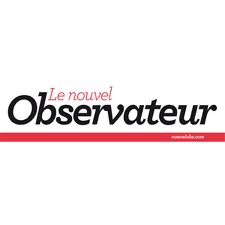 Scent of cuisine! Add some oil

How long have we been using perfume?

Miss Cro-Magnon was already crushing strawberries or cranberries behind her earlobes to attract her lover, of whose name we are unsure. However, historians attribute the invention (in 1709) of the first ‘factory-made’ perfume much later – to Jean-Marie Farina: the Eau de Cologne that he made in his great Italian villa.

Since then, it has been irreparably copied and imitated. And that’s how our much-loved perfumes for the body came about. But is there such a thing as the scent of cuisine? A real one, kept in a bottle, that you can pour, at the last minute, on a dish, savoury or sweet, to add both a particular flavour and totally new fragrances. The answer is yes.

This perfume has existed since 1995

That year, Jean-Pierre Clavié,an agricultural farmer in Pujols (next to Villeneuve-sur-Lot) who already produced hazelnut oil and quietly tended to his plum trees, dreamed that Agen prunes, which have nothing of the Agen region and are mainly cultivated around the old river Lot, also had a stone and that inside that stone there was a kernel. This kernel, when pressed, could, like walnuts and hazelnuts – and even almonds – produce an oil.

In 1997, with the help of the Bordeaux Institut de Recherche sur le Corps Gras (Institute of Fatty Substance Research), Jean-Pierre Clavié collected the first drops of his oil that was then patented and made subject to the requirements of pharmaceutical standards.

” It looks like an oil, but it is more a flavouring that can be used in many different recipes, both sweet and savoury “

This is the explanation given to us today by Nathalie Barrère, daughter of the inventor who now markets and sells her father’s amazing invention. And it’s best to talk about it in a direct manner and not to be afraid of superlatives. This prune kernel oil is truly extraordinary. It is the scent of lovers of cookery. The one we were all waiting for. It enhances a roast just as perfectly as it does an endive salad (3 – 4 drops are enough) and it makes a macaroon something sublime, and the same goes for muffins and brioches. The truth be told, you can (or must) use this perfume everywhere. Or nearly.

It is very rich in vitamin E

The virgin plum oil or virgin prune kernel oil is obtained from the first cold pressing of the kernels found inside the prune stone, entirely without the use of solvents or chemical products. The virgin plum oil is a natural oil free from all additives. It is also non GMO and non allergenic. Very rich in vitamin E, which is always good for you, it also possesses truly exceptional organoleptic and aromatic qualities. Its intense natural almond flavour could class it as a natural flavouring and thus be used to replace artificial bitter almond flavourings. One final detail: it can be used just as well hot as cold.

The word perfume comes from the Latin ‘per fumus‘ meaning through smoke, and this oil certainly adds something special to everything it touches. Absolutely to be tried by all.

Read the original article at: http://obsession.nouvelobs.com/produits/20120301.OBS2641/parfum-de-cuisine-mets-de-l-huile.html